The Italian state repatriated the sculptural group from the Getty Museum in 2007 and the antiquity was published in the ‘Nostoi’ catalogue (Godart, De Caro and Gavrili 2008: 160, no. 62) as coming ‘From an illicit excavation carried out in 1976 and 1978 in a tomb at Ascoli Satriano (Foggia)’.

The sculptural group is now on permanent display in the local museum of Ascoli Satriano.

These three Polaroid images present the object in pieces. They were discovered in the confiscated Medici archive. 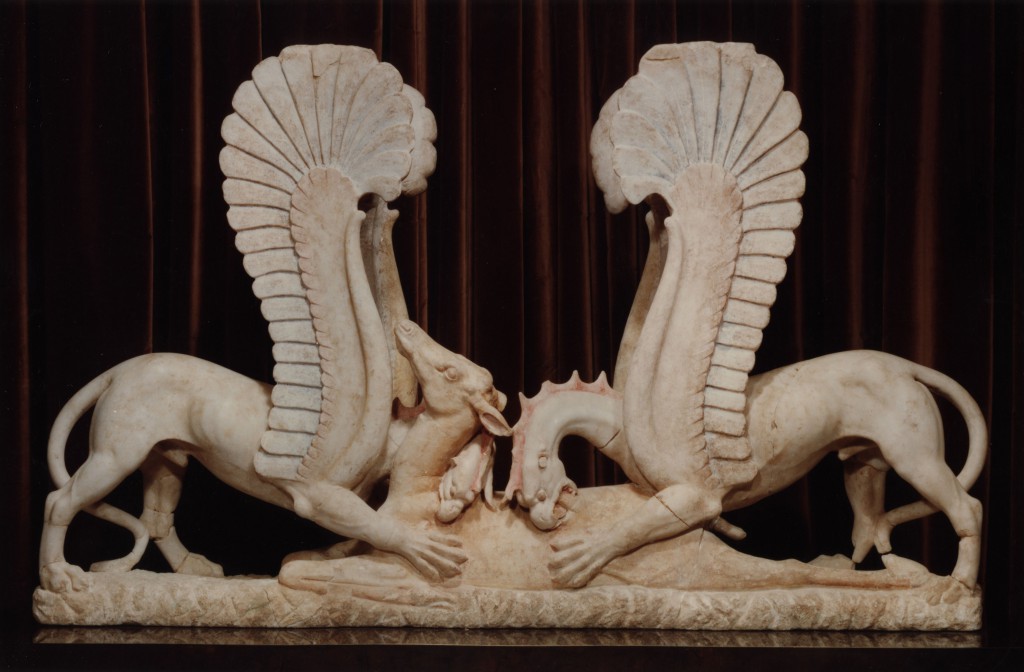 This professional image was discovered in the confiscated Symes-Michaelides archive. 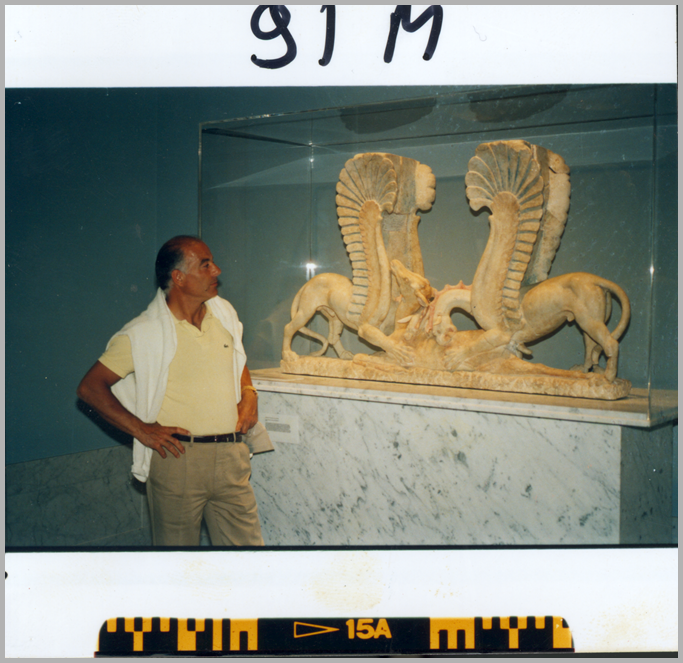 This image showing Medici posing next to the sculptural group while it was on display at the J Paul Getty Museum was published by journalist Fabio Isman in the June 2010 issue of the Art Newspaper.