The following show looting damage visible just north of the Castillo del Tomaval in Peru’s Viru Valley, that were identified in the study of looted sites using Google Earth carried out by Dan Contreras. These images were captured in 2006. 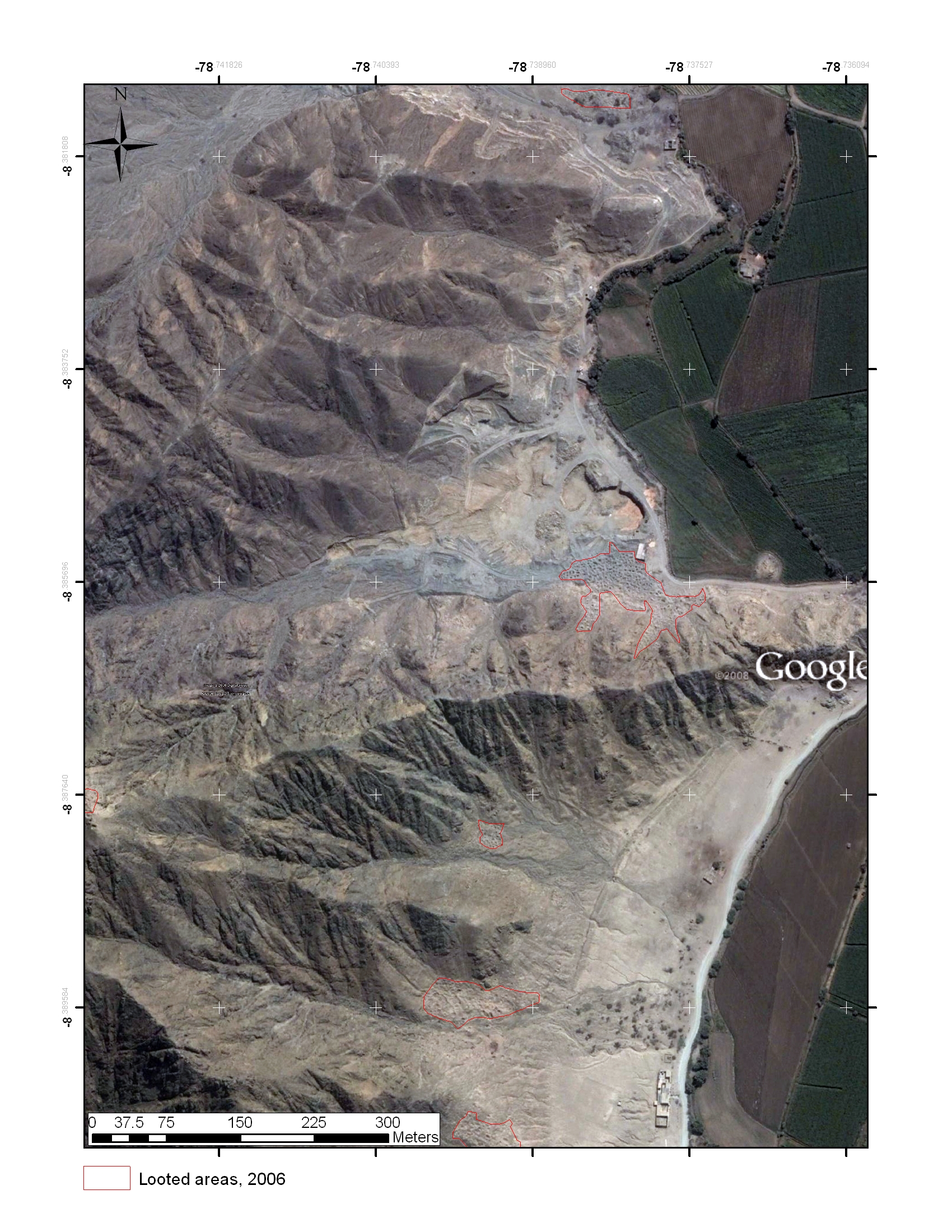 Google Earth image from 2006, with areas of looting damage outlined in red. 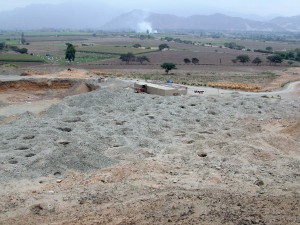