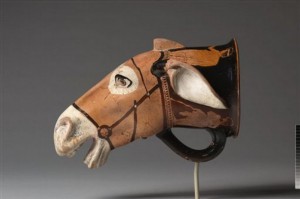 In September 1995, the Italian Carabinieri, in conjunction with Swiss police, raided Italian antiquities dealer Giacomo Medici’s storerooms in Geneva Freeport. The raids on Medici’s storerooms were part of a wide-ranging investigation into the antiquities trade out of Italy, and more raids followed in 2001 on US dealer Robert Hecht’s apartment in Paris and in 2002 and 2005 on Italian dealer Gianfranco Becchina’s premises in Basel. The evidence collected during the course of the Italian investigation caused several US art museums to return material to Italy, including the Cleveland Museum of Art.As long ago as 1973, Cleveland’s then-curator of ancient art John Cooney had expressed his belief that ninety-five percent of material in the United States had been ‘smuggled in’, adding that even for ‘hot’ objects, he was only concerned to verify their legal entry into the United States, identifying Switzerland as a point of transit (Shirey 1973). Cooney described Hecht as ‘always meticulous and upright’, with ‘one of the best eyes in the business’, adding that he never asked Hecht for documents of provenance—he thought it would be ridiculous (Shirey 1973).

On 19 November 2008, the Cleveland Museum and the Italian Ministry of Culture announced in a joint press release that the museum had agreed to return fourteen antiquities to Italy. For its part, Italy agreed to loan Cleveland a similar number of pieces of equivalent quality, and to organize a close association between Cleveland and an Italian institution for future collaborations.

The museum director Timothy Rub was quoted as saying that the agreement absolved the museum of any intentional wrongdoing. He refused to name any dealers involved in the acquisitions (Litt 2008), though details had already been released by Suzan Mazur (2007). The two parties also agreed to form a joint scientific commission to research the provenance of the Apollo Sauroktonos, and also of a Roman chariot attachment depicting Victory with Cornucopia (1984.25).

Processional Cross (1977.75), Italian, fourteenth-century AD. (This piece had been stolen from an Italian church after World War Two, and its return was not connected to the investigations into Medici, Becchina, and Hecht).