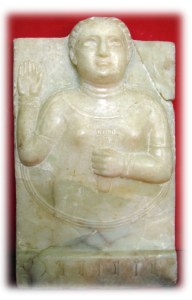 In 2002, antiquities gallery Phoenix Ancient Art in New York City consigned for sale at Sotheby’s New York a third-century AD South Arabian alabaster stele or tablet carved in low relief with an image of the fertility goddess Dat-Hamin. With an estimated sale price of $20,000-30,000 USD, the stele was said to derive from an English collection (US Attorney 2003; Yates 2004). While investigating the object’s provenance, Sotheby’s staff discovered that the piece had been stolen from the Aden Museum during the 1994 civil war in Yemen. Sotheby’s offered to investigate the museum’s claim to title (US Attorney 2003), but Phoenix decided instead to relinquish ownership (Aboutaam 2004).

US Immigration and Customs Enforcement seized the piece in September 2003 and in December 2004 it was returned to Yemen (Yates 2004).