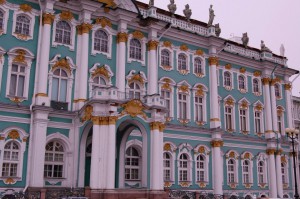 In July 2006, the audit of one of the many collection inventories of the State Hermitage Museum, St Petersburg, revealed that over 200 objects had been stolen, with an estimated total value of 130 million rubles ($5 million USD or £2.76 million GBP).

The State Hermitage Museum in St Petersburg, a federal city in the Russian Federation, was founded by Russian Empress Catherine the Great in 1764 (BBC News 2006a). With more than three million objects in its collection, it is one of the largest museums in the world, and occupies a number of landmark buildings in central St Petersburg, including the Winter Palace. Collections held at the museum are of national and international significance, and include examples of ‘paintings, graphic works, sculptures and works of applied art, archaeological finds and numismatic material’ (State Hermitage Museum 2011).

In the wake of the dissolution of the Soviet Union in the early 1990s, the Russian Federation emerged with a weak state and poor political stability (Kakachia and O’Shea 2012). The instability of both political and economic institutions led Colonel Vladimir Mefty (Chief of CID, Militia, Russian Federation), speaking at the Second International Art, Antique and Architectural Theft Conference in London in 1992, to claim that the contents of museums and churches across Russia were ‘open to theft and illegal export on a huge scale’ (Ward 1992: 205). Mefty told the conference and assembled media that looting of cultural objects, particularly icons and other religious objects, had grown significantly in the early 1990s, and that there was a ‘lamentable lack of security in churches and museums’ (Ward 1992: 205-206).

Concerns about security of museum collections at the State Hermitage Museum were raised by the discovery of the robberies described below. In particular, it was noted that only objects on display at the Hermitage were covered by insurance, with those in storage not insured at all (Aljazeera 2006; BBC News 2006a). Furthermore, the nature of the cataloguing, with only a fraction of the three million plus objects recorded electronically (Aljazeera 2006), meant that it could take up to ten years for objects to be checked against the museum inventory in what was a continual process of auditing (Norman 2006). Additionally, as discussed at the end of this piece, there were concerns aired at the time that the official story of the thefts that emerged may have been inaccurate.

Discovery of the thefts

During the inventory audit of  the collection of Russian art at the Hermitage in 2005, one of the curators, Larisa Zavadskaya, died at her desk (Kramer 2006). It was believed that Zavadskaya, a sufferer of diabetes, had had a heart attack. By the summer of 2006 it had become clear that this particular museum department had lost some 226 objects (Norman 2006). ‘The stolen items included jewel-encrusted icons and other religious objects, jewellery and clocks, as well as more mundane items such as salt cellars, sugar bowls, a caviar scoop and a coffee pot’ (Agençe France-Presse 2006). The official estimated value of the objects stolen was $5 million USD (£2.67 million – BBC News 2006b); 130 million rubles (Naumov 2006). Some experts suggested that this figure was a conservative estimate, with claims that the stolen objects could raise up to $100 million USD if sold on (Agençe France-Presse 2006).

The thefts were publicised in the summer of 2006 shortly after their discovery, and museum representatives pointed to the likelihood of museum staff being involved in the thefts from an early stage of investigations (BBC News 2006b). In an open letter of the World Wide Club of Petersburgers published on the State Hermitage Museum website, the Management Board appealed for assistance with returning the stolen objects:

‘We ask everyone who willingly or unwillingly came to own the stolen objects to demonstrate civic honesty and bravery, and to return the exhibits to the museum collections, where they belong.’

A number of objects were returned to the Russian authorities soon after the thefts were made public, with the list of missing objects published on the internet to aid dealers and collectors to identify objects that they may have unwittingly bought (FitzGerald 2006). 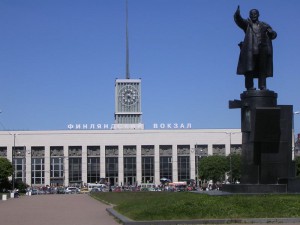 It was said that Zavadskaya had been removing objects gradually, possibly over a period of a decade or more, one by one in her hand bag (Norman 2006). Although she had passed away during the inventory checks that led to the discovery of the thefts, her husband, a university lecturer named Nikolay Zavadsky, was arrested along with three other men. Zavadsky had been allegedly found to have in his possession receipts from pawn brokers that accounted for a number of the stolen objects (Norman 2006). The other three men, a former member of staff at the Hermitage, another academic, and a private collector, were later acquitted, and the collector’s arrest seemed to trigger the return of other stolen objects (FitzGerald 2006). Some objects were returned anonymously or dumped, for example one icon was found in a large city garbage container in St Petersburg (Agençe France-Presse 2006), while another icon was left in a locker at the city’s Finlyandskiy railway station (Norman 2006). The experience of the arrest was less positive for the collector himself however, and he emerged from custody with a mysterious eye injury and a ‘mental disorder’ requiring his admission to a state hospital (Tsyganov 2006).

A handful of dealers returned objects without the veil of anonymity once they realised that they had purchased stolen items. One St Petersburg antiques dealer, Alexander Yerofeyev, also provided insight to a US journalist, both on the nature of buying antiques from private individuals in Russia, and on his interactions with Zavadskaya, who he said had tried to sell him silver coffee and tea sets:

‘You have to understand that we don’t have heirlooms passing from one generation to another like you do in America… …Our social fabric was demolished, and three or four generations had their heirlooms confiscated, or they sold them for food, or they scratched the markings off so they could keep them… …Everyone who sells something in our shop has a story, and it is usually tragic.’

In Zavadskaya’s case, the story that she reportedly used was that she was selling the antiques on behalf of a friend who had been in a car accident and needed to raise money for treatment (FitzGerald 2006), a story echoed by another dealer whom she had also approached (Associated Press 2006).

In March 2007, the Dzerzhinsky district court found Nikolay Zavadsky guilty of stealing seventy-seven objects from the Hermitage, and sentenced him to five years in prison (Russia Today 2007).

The thefts made national and international news, with many in the Russian press calling it ‘the theft of the century’ (e.g. Naumov 2006). In broader discussions of museum and archive security, it has also become a key example of the vulnerability of many museums to theft (Jones 2009: 29). Questions were raised about the level of security found in Russian museums, with discussion raised of the possibility of installing metal detectors in Moscow museums (FitzGerald 2006). Stolyarova (2007: 2) noted that the thefts, and the emergence of many of the stolen objects in antiques shops in Moscow and St Petersburg, also reflected ‘perhaps the most troubling measure of the state of the country’s antiques market’. Furthermore, the Hermitage thefts, along with the theft of drawings by artist Yakov Chernikov from the Russian State Archive of Literature and Art in Moscow in the same year, led Russian president Vladimir Putin to order an inspection of all Russian museums and galleries (Agençe France-Presse 2006), to account for the estimated 79.5 million objects held in collection (FitzGerald 2006).

Certainly questions remain about the whereabouts of many of the stolen objects, with just thirty-one of the 226 items accounted for by the time of Zavadsky’s sentencing in 2007 (Russia Today 2007), and a further icon, of the Mother of God ‘Sign’, returned in October 2008 (ARTinvestment.ru 2008). While many objects are believed to have made their way onto the domestic Russian antiques market, colleagues of the late curator Zavadskaya also reportedly remarked that she at one time made regular trips to Finland, but then suddenly stopped. This raised further questions about the possibility that at least some objects may have been trafficked into the European Union, and led Russian newspaper Pravda to observe that: ‘If it is to be supposed that the curator really managed to transport some of the masterpieces abroad, the search for them becomes significantly more complicated’ (Naumov 2006).

The official account, then, presented a story of a curator and her family’s involvement with the gradual removal of cultural objects from the Hermitage over a significant period of time, with the suggestion that at least some of these objects may have been illegally exported out of Russia. Geraldine Norman, however, has expressed some doubts about this account, reporting the relatively humble home and possessions of the Zavadsky family, as well as the discovery of a paper trail for at least some of the objects leading from Nikolay Zavadsky to local pawn brokers known to have good relationships with the police. She went on to ask:

‘…if the Zavadsky story isn’t true, who took the pieces? Was this a simple theft of easily saleable items for personal gain? Was the theft commissioned by the local antiques trade? Was it organised by greedy insiders who have not yet been identified? Was it a provocation to discredit the museum and its director, an important player in the world of culture? If so, do his enemies just wish to shut him up or does someone want to get him sacked and take over the museum?’

It remains unclear as to whether others were involved with the Hermitage thefts, especially in light of the arrests and subsequent releases of a number of other individuals. However, it is perhaps noteworthy that allegations made in a 1998 media report profiling a leading figure in the so-called ‘Red Mafia’ (a tag often assigned to Russian criminal groups), connected both him and the Moscow-based Solntsevskaya[1] group to art trafficking and thefts from churches, private collectors and museums, including the State Hermitage Museum itself (Friedman 1998).

Kakachia, Kornely, and O’Shea, Liam (2012) ‘Why does police reform appear to have been more successful in Georgia than in Kyrgyzstan or Russia?’, The Journal of Power Institutions in Post-Soviet Societies 13, http://pipss.revues.org/3964, accessed 3 January 2013.

Volkov, Vadim (2002) Violent Entrepreneurs: The use of force in the making of Russian capitalism, (Ithaca, London: Cornell University Press).

[1] The Solntsevskaya criminal group (or ‘Brotherhood’; Solntsevskaya Bratva – Солнцевская братва), named after a district of Moscow, is notable as one of the larger and more powerful criminal groups to emerge in post-Soviet Russia (cf Volkov 2002: 7).