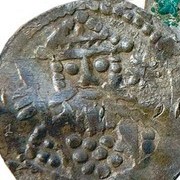 Discovery of Viking-age silver, looted from a site in northern Estonia, in a German auction house, and their subsequent return, led to the first ever instance of a successful prosecution against looting and trafficking of cultural objects in Estonia.

The rescue excavation and plunder

On 26 April 2005, University of Tallinn archaeologists were informed by the Estonian National Heritage Board that an amateur archaeologist had made a discovery of several artefacts in a recently-ploughed field in Salu village, Ubina, Harjumaa county, northern Estonia. Among the objects found were potsherds, half a broken silver bar, and pieces of sheet silver (Tamla et al. 2005: 231).

After initial investigation, it was decided to carry out a rescue excavation at the site (Mäesalu and Valk 2006: 151), involving archaeologists and numismatists from the National Heritage Board and the University of Tallinn (Tamla et al. 2005). The two-week excavation uncovered evidence of structures, as well as material culture including pottery fragments, penannular brooches and other jewellery, and silver coins—the Silver Hoard of Ubina (Tamla et al. 2005: 234–36). Some material, such as sections of a possible earring, appear typical of Byzantine culture and likely to have traded to northern Europe during the Viking age (800-1050 AD)(Tamla et al. 2005: 237), while coins were discovered from mints in Germany, England, Arabia and Denmark, with at least five imitation Anglo-Saxon coins originating from Sweden, as well as one Hungarian and one Byzantine coin. The latest dates of the coins recovered from the site led the archaeologists to surmise that the hoard was deposited around the start of the 12th century AD (Tamla et al. 2005: 238).

After only the first day of the rescue excavation, ‘illegal archaeologists robbed the site, digging deep holes in the marked excavation plot as well as in the cultural layer beyond’, using a metal detector to assist them (Tamla et al. 2005: 233–34). Nobody was caught in the act of looting, but footprints were found across the site (Ulst 2010: 161). During the excavation period, a car was seen circling the site, which disappeared quickly when it was spotted by archaeologists. They were, however, able to note the car’s registration number (Postimees 2008).

For the rest of the excavation period, it was decided to enlist the help of the Estonian Defence League, a voluntary division of the Defence Forces, along with male archaeologists from the excavation team, to keep watch, day and night, over the site to protect it from further plunder (Tamla et al. 2005: 234).

Discovery in auction house and Prosecution

The hoard itself, as recorded by the archaeologists, consisted of 283 coins, four fragments of silver jewellery, and six sheet silver fragments. In addition to this, over 100 coins were believed to have been robbed from the site (Tamla et al. 2005: 236).

Some 108 coins were discovered later that year for sale in an auction house in the German city of Dortmund. With assistance from the German police, 42 of the coins were confiscated and returned to Estonia (Ulst 2010: 162). Investigation of the discovery of the coins led to the identification of Walter Augsburger, a German coin dealer, as the vendor. Augsburger later informed German police that he was selling the coins on behalf of Maido Kättmann (Postimees 2008), an Estonian from Pärnu, in south western Estonia.

Following the return of the coins from the German coin auction, and in light of police investigations, Kättmann was brought to court for metal detecting on the Ubina site and removing the 108 silver coins, and some pieces of jewellery (Erelt 2010; Postimees 2008). He was in the Circuit Court in 2008, and again in 2009 to appeal his guilty conviction (an appeal which failed) (Postimees 2009). In the Supreme Court in Spring 2010, he was sentenced to three years’ imprisonment (Erelt 2010; Ulst 2010: 162). According to Ulst (Ulst 2010: 162), ‘[t]he Court found the accused person guilty of destroying a cultural monument in a manner which causes significant damage (Art 204 (1) of the Penal Code) and embezzlement by a group or a criminal organization (Art 201 (2) p 4 of the Penal Code)’. Estonian archaeologists praised the prompt collaboration of police in Germany and Estonia in enabling the return of many of the coins (Tamla et al. 2005: 236).

The coins, jewellery fragments and other artefacts retrieved from the rescue excavations and from the police intervention in Dortmund, are stored at the Institute of History in Tallinn (Tamla et al. 2005: 236).

In Estonia generally, it has been acknowledged that certain archaeological sites are vulnerable to illegal metal detecting (known in the region as ‘black archaeology’—‘must- arheoloogia’ (Ulst 2010: 168)), and by extension that there is an illicit trade in metal-detected objects. Similar to its neighbour Latvia, Estonia is considered to have a problem with people searching for material from the Second World War, including the looting of war graves to obtain name labels (Monitoring Group 2005: 30-31). In addition to this, there have in recent years been many cases of looting of older archaeological artefacts, including three cases that have gone to court: Lauritsamäe, Keila, and Ubina (Ulst 2012: 14). Of these, Ubina is the only case at the time of writing in which criminal proceedings have been successfully brought.

In 2011, new provisions were brought into force in Estonia for the regulation of metal detecting on unprotected archaeological sites, including the introduction of a compulsory license for metal-detector users (Ulst 2012: 20).

— (2012), ‘The Role of Community Archaeology in Heritage Protection: Responsible Metal Detecting as a Tool for Enhancing the Protection of Archaeological Heritage’, (University of Tartu).