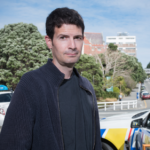 The public lecture will be held on Monday 6 November from 7 to 8:30pm. More information is available from the Criminology Department at Wilfred Laurier University. An abstract for the talk is below:

This talk will consider the challenges of policing the illicit market in cultural objects as a form of transnational crime at each of three points: in source countries, in transit, and in the destination markets. We will begin by reviewing some major examples of antiquities trafficking selected from the encyclopedia of trafficking on our website at www.traffickingculture.org. Next we will look more closely at evidence of the paths that looted cultural objects take out of source countries, and the various roles of the players involved in their removal and transit. This evidence is in the form of first-hand accounts of participation in looting and trafficking, gathered in the course of investigations conducted by the team at Trafficking Culture. The reception of looted and trafficked cultural goods by the market will also be considered: how do actors in the public trade protect themselves both against the possibility of dealing in stolen ancient artworks, and also against potential police intervention and subsequent prosecution if they do? The answer to this reveals much about the relationship between contemporary high-end antiquities trading, policing and the law.