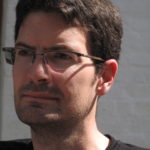 Simon will be giving a talk titled “Cultural Capitalism and Cross-Border Crime: International Trafficking in Cultural Objects”at the National Library of New Zealand in Wellington.

The event, which will be held from 5:30pm on Thursday 6 April is free and open to the public, but you are requested to RSVP to events.natlib@dia.govt.nz with Mackenzie in the subject line.

See below for an abstract of the talk. More information about the event is available here: https://natlib.govt.nz/events/cultural-capitalism-and-cross-border-crime-april-06-2017

This talk will consider the illicit market in cultural objects from end to end. We will begin by setting out some of the basic properties of this form of cross-border crime, reviewing major examples of antiquities trafficking selected from the encyclopedia of trafficking.

Next we will look more closely at one case study, involving organised criminal activity in a source country, and a chain of supply that runs through transit portals and into the international marketplace. We will examine evidence of the paths that looted cultural objects take out of source countries, and the various roles of the players involved in their removal and transit. This evidence is in the form of first-hand accounts of participation in looting and trafficking, gathered in the course of investigations conducted by the team at Trafficking Culture.

The reception of looted and trafficked cultural goods by the market will also be considered: how do actors in the public trade protect themselves both against the possibility of dealing in stolen ancient artworks, and also against potential public or legal criticism of their actions if they do? The answer to this reveals much about the relationship between contemporary high-end antiquities trading (the ‘cultural capitalism’ of the title) and the law.