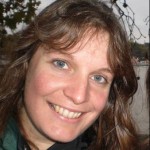 On 30th May Suzie Thomas will give the keynote lecture at the Contactdagen voor Belgische en Nederlandse Archeologen en Bouwhistorici (BNA), an annual conference held alternately in Belgium and the Netherlands.

A key issue for debate this year is that of hobbyist metal detecting and its interaction with archaeological sites, especially in light of proposed changes to legislation in the Belgian region of Flanders. The new decree, if passed, will allow amateur metal detecting with a license (and see Trafficking Culture’s Encyclopedia entry on the Everbeek Roman Silver Hoard). Contributing to this discussion, Suzie’s paper is titled ‘Archaeologists and Metal-Detector users: the British experience’, with an abstract as follows:

Since the emergence of the metal detector as a publicly-available device in the 1960s, the approach to the machines and their operators by archaeologists have ranged from hostile or at least cautious, often with justification, through to openly welcoming and collaborative.

For various historical reasons, metal detecting has been restricted in certain circumstances, such as on Scheduled Monuments, but has never been entirely illegal in the UK, and has been particularly prevalent in England and Wales. Changes to the ways in which both legislation and the heritage sector engaged with metal-detector users searching for archaeological material came about in 1997 with the implementation of the Treasure Act 1996 and the pilot phase of the Portable Antiquities Scheme (PAS). This has had a profound impact on both reporting rates from metal-detector users and attitudes within the archaeological and metal detecting communities. It has also led to discussion in other countries, particularly across Europe, as to whether similar programmes to PAS should be implemented elsewhere. But is PAS a flawless template that can be imported to other situations? Or are other solutions equally viable depending on the local situation?

The 2013 BNA will be hosted by Vrije Universiteit Brussel, and it is possible to register to attend until 24th May.