The market-driven looting of archaeological sites is an internationally recognized problem, but consensual solu-tions and the political will to implement them remain elusive. A key reason for the failure of the international community to articulate a coherent response is the difficulty of obtaining reliable quantitative information “on-the-ground” about either the extent and intensity of looting or the material damage being caused (see Brodie and Renfrew 2005:345–347 for an overview).Archaeological field surveys tend not to record such informa-tion because it is regarded as “non-archaeological,” and aerial photography is poorly suited to the task because of the costs involved in flying non-targeted reconnaissance missions. The scarcity of reliable information about the scale of archaeological site looting facilitates claims that the seriousness of the problem is being exaggerated: that most artifacts reaching the market are either “chance finds” (objects discovered through building or agricultural activities), or are from “old collections.” Therefore,the argument goes, no strong responses are necessary. Compelling horror stories about the damage caused by looting (e.g., Atwood 2007; Politis 1994) are dismissed as anecdotal and unrepresentative cases (see, for instance, comments in Mead2007). The scarcity of information also makes it difficult to mon-itor the effectiveness of any ameliorating policies—how are we to know when looting is increasing or decreasing? 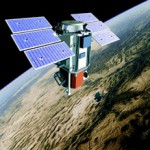 Satellite Imagery for the Investigation of Looted Archaeological Sites

High-resolution satellite imagery can offer a cheap and efficient means of monitoring the damage caused to archaeological sites by looting.