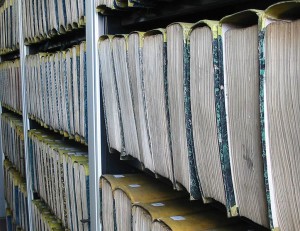 Freedom of Information requests can be made to release into the public domain information about the traffic in cultural objects.

The success of media investigations into the antiquities market such as those of Peter Watson (Watson 1997; Watson and Todeschini 2007) and Jason Felch and Ralph Frammolino (2011), to name only two, has been largely due to their access to good-quality documentary evidence, obtained either from ‘whistleblowers’ or from more official sources. It is generally the case that any research into the traffic in cultural objects must overcome the challenge of identifying and acquiring reliable and relevant information. One route has been to use Freedom of Information laws to obtain material from publicly-funded institutions. Thus Neil Brodie obtained documents from the British Library pertaining to its acquisition in 1994 of some Kharosthi manuscript fragments, allegedly smuggled out of either Afghanistan or Pakistan (Brodie 2005). Brian Egloff used a Freedom of Information request to obtain documents from the National Gallery of Australia relating to the Gallery’s acquisition in 1977 of the Ambum Stone, which had been taken out of Papua New Guinea in suspicious circumstances in the 1960s (Egloff 2008).

Freedom of Information requests are not always guaranteed success, however, as powerful public institutions can deploy legal obfuscations. In 2007 University College London refused a Freedom of Information request for the release of the sequestered report of the committee convened to investigate the provenance of the Schøyen incantation bowls, which had been in its possession for about ten years beginning in 1996, on grounds that it would not be in the public interest (Brodie 2007). Such refusals are open to challenge. Between 2004 and 2007, the Ancient Coin Collectors Guild (ACCG), in association with the International Association of Professional Numismatists and the Professional Numismatists Guild made eight requests to the Cultural Property Advisory Committee of the US State Department asking for the release of documents relating to US import controls placed on coins from China, Italy and Cyprus. The State Department released 109 out of 128 relevant documents. The ACCG filed suit in the Federal District Court of Washington DC against the State Department for the release of the remaining documents. The case was dismissed after appeal in June 2012 when the court ruled that the documents in question had been rightfully withheld on grounds on confidentiality (IFAR 2012).

Brodie, Neil (2005), ‘The circumstances and consequences of the British Library’s 1994 acquisition of some Kharosthi manuscript fragments’, Culture Without Context, (17), 5-12.