In 2004 a documentary programme made for the Norwegian television company NRK claimed that the British Library’s 1994 acquisition of some Kharosthi manuscript fragments had created a market for central Asian manuscripts and triggered off a campaign of looting in Afghanistan and perhaps also in Pakistan (Lunden 2005, 7). The British Library (BL) refused to answer the claim on screen and has not answered since. The BL had also failed in 2003 to answer a letter from the IARC requesting information about the acquisition. Documents relating to the acquisition obtained from the BL under the 2000 Freedom of In formation Act, together with ongoing publication of the manuscript fragments, now throw more light on the circumstances of the acquisition and its consequences. The BL has also supplied a statement on the acquisition. 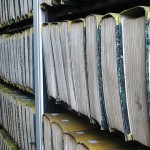 Freedom of Information requests can be made to release into the public domain information about the traffic in cultural objects.