Displacement, deforestation, and drugs: antiquities trafficking and the narcotics support economies of Guatemala

The possible connection between the illicit traffic in antiquities and the illicit trafficking of narcotics is often discussed but poorly understood. It is clear that many of the primary centers of narcotics cultivation and transport have also experienced endemic looting of archaeological sites (e.g., Afghanistan, the Andes, Central America, and Southeast Asia) and many of the primary cen- tres for narcotics demand are also considered to be the demand end of the illicit antiquities market (e.g., the United States, Europe). The susceptibility of the market in illicit cultural objects to money laundering has been established (Bowman 2008; Brodie 1999, 2009; De Sanctis 2013; Christ and von Selle 2012; Mackenzie 2011; Ulph 2011). Of those organized trafficking groups involved in a diversified portfolio of illicit activities, most are dealing in drugs as well as other commodities (Mackenzie 2002: 2). The market prices obtained for antiq- uities seem too high for such organizations to ignore. It “makes sense” that organized criminal groups involved in drug trafficking would also engage in antiquities trafficking when it was convenient. Yet, for the most part, assertions that these two illicit markets are connected during sourcing, transit, or sale remain speculative at best.

In this chapter I will present a preliminary evaluation of existing evidence for the connection between antiquities trafficking and narcotics trafficking in Central America, particularly through the Petén department of the Republic of Guatemala, the heartland of the ancient Maya. I will begin with an overview of what is known about the historic structure of Central American antiquities looting and trafficking networks. Two phases of semi-organized and organized looting in the region are identified, the shift occurring due to changes in regu- lation and enforcement. This is followed by a discussion of the rise of narcotics trafficking in the region as it relates to post-conflict land distribution: a situ- ation that brings both narcotics traffickers and the victims of their support economies closer and closer to archaeological sites. I will then present two preliminary case studies of archaeological sites exploited, at least in part, as a result of the activities of narcotics cartels. I will conclude with a short assess- ment of what evidence exists for antiquities being looted and moved by nar- cotics traffickers and what realistic connections appear to exist between these two illicit networks.

Available for purchase at: http://www.brill.com/products/book/cultural-property-crime 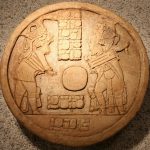 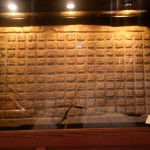 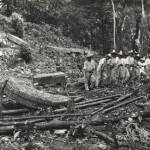 During the 1960s a number of archaeologically recorded monuments were looted from the Classic Maya site in Guatemala’s Peten region and trafficked into the United States.