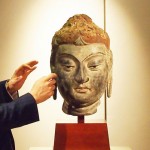 Hosted by the Faculty of Law at the Chinese University of Hong Kong, the Conference will involve academics, legal practitioners, the Hong Kong Police Force, Interpol and US Homeland Security.

For full conference details and to register, please visit http://webapp1.law.cuhk.edu.hk/2016conference/1022/conf/index.php

Mackenzie and Smith’s papers are:

Temple looting and statue trafficking in Southeast Asia: the craft and the industry

Based on accounts gathered from participants in the cross-border trade in looted antiquities from Cambodia to Thailand, this paper suggests that the distinction between the ideas of ‘craft’ and ‘industry’ is a useful heuristic device to apply in thinking about the people and practices involved in looting and trafficking. The reflections of looters and traffickers on their roles in the illicit trade are reminiscent of the distinctions between these two modes of production. In looting as craft we may find relatively small-scale theft, key individuals as masters of the techniques required, entry to the trade by inductions comparable in some ways to apprenticeship, and rudimentary but finely-honed methods that are not indiscriminately destructive. By contrast in looting as industry we see a version of mass production, using machinery and larger labour forces to extract precious resources quickly and efficiently, accepting the destruction that goes along with such methods as a cost of doing expeditious business. In this microcosm of the study of stories about historical practices of looting and traffic in Southeast Asia we can see many of the themes of contemporary debates about global looting becoming clearer: from issues around so-called subsistence digging, to concerns about the industrialization of looting in conflict zones.

This presentation will explore how the commodification of cultural property has led to an exploitation of a non-renewable resource, in the midst of globalized flows of licit and illicit commodities. Cultural property is one of the only commodities where criminality adds to its market value: the closer to the source, the better the product, the lesser the questions asked. The trust between buyer and seller, whether it is from extractor to dealer or from auction house to client, relies on a commitment to not know, to non-diligence. Lack of information surrounding the entrance of an object onto the market and its subsequent ownership history is not only accepted within the trade, it is the norm. Provenance merely adds an extra dimension to the authenticity and potential exchange value of the piece. The mystification process subsequently applied serves a multi-million dollar market: where else would you spend several thousands to millions of dollars on an object which value and authenticity is only guaranteed by a dealer’s word, not even on paper?

The upperworld and underworld come together in a market of cultural property along a spectrum of (il)legality. Objects are illicitly sourced, transported and owned. Their legal status depends on the geographical territory and time which they or their owner find themselves in. Participants of the trade make use of the spaces between national legislation to transport, trade and own cultural objects on a global level. The techniques of neutralization employed by dealers to enable and explain their participation is a tool of social construction in order to make their (illicit) business socially accepted, respected and esteemed. The commodification of cultural property is actively maintained through the obsession of newly-found, newly-excavated, singularized objects. Participants focus their efforts on making criminal goods appear to be culturally appreciated, high culture goods, thereby enriching only certain individuals and organizations.