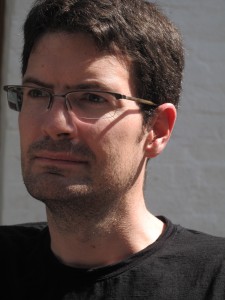 Simon Mackenzie is Professor of Criminology at Victoria University of Wellington and an affiliated researcher in Criminology and Criminal Law at Maastricht University.

He is a socio-legal criminologist with a law degree from Edinburgh followed by several years of legal practice, an MPhil in criminological research from Cambridge and a PhD in criminology from Melbourne. His book Transnational Criminology (2020) looks at six types of trafficking: antiquities, drugs, people, wildlife, guns and diamonds. He is also the author of Going, Going, Gone: Regulating the Market in Illicit Antiquities (2005), which won the British Society of Criminology book prize in 2006. With Penny Green, he conducted an ESRC funded evaluation of the Dealing in Cultural Objects (Offences) Act 2003, with the results published in their edited collection Criminology and Archaeology: Studies in Looted Antiquities, Oñati International Series in Law and Society (2009). He has held grants and research contracts from bodies including the ESRC, AHRC, UNODC, European Commission, UK Home Office, and in the case of the Trafficking Culture project, the European Research Council.

Mackenzie, Simon (2022) ‘Criminology towards the metaverse: Cryptocurrency scams, grey economy and the technosocial’, The British Journal of Criminology Epub: 1-16.

Mackenzie, S. and Yates, D. (2016), ‘What is Grey about the “Grey Market” in Antiquities’, in Beckert, J. and Dewey, M. (eds), The Architecture of Illegal Markets: Towards an Economic Sociology of Illegality in the Economy (Oxford: Oxford University Press).

Mackenzie, S. & Yates, D. (2016) ‘Collectors on illicit collecting: Higher loyalties and other techniques of neutralization in the unlawful collecting of rare and precious orchids and antiquities’, Theoretical Criminology, 20(3): 340–357.

Mackenzie, S. (2015), ‘Do we need a Kimberley Process for the Illicit Antiquities Trade? Some lessons to learn from a comparative review of transnational crimeinal markets and their regulation’, in F. Desmarais ed. Countering Illicit Traffic in Cultural Goods: The Global Challenge of Protecting the World’s Heritage (Paris: ICOM).

Mackenzie, S. (2011), ‘The Market as Criminal and Criminals in the Market: Reducing Opportunities for Organised Crime in the International Antiquities Market’, in S. Manacorda and D. Chappell (eds.), Crime in the Art and Antiquities World: Illegal Trafficking in Cultural Property (New York: Springer). 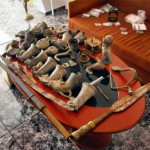