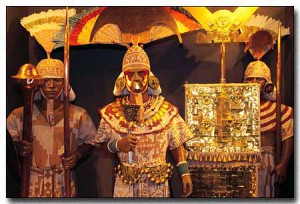 The site now known as Sipán dates from approximately 1 to 700 BC and is assigned to the Moche Culture. It is located at the village of Sipán, twenty miles east of the city of Chiclayo on Peru’s north coast. The most famous archaeological objects from Sipán come from a large man-made mound called Huaca Rajada, however the term ‘Sipán’ is now commonly used to refer both to material from Huaca Rajada and Huaca Rajada itself. The term ‘Sipán’ can also be used to refer to associated Moche archaeological areas near Huaca Rajada. At sixty feet high, Huaca Rajada is the smallest of the three pyramids at the Sipán site (Kirkpatrick 1992: 16).

By the mid-1980s Huaca Rajada had been minimally recorded by archaeologists and government survey but had not been archaeologically excavated. At the time of the looting event, some archaeologists believed that the adobe mound belonged to the Chimú culture, rather than the earlier Moche culture (Kirkpatrick 1992: 27). Reports indicate that the spectacular Moche tombs subsequently located at Huaca Rajada were a surprise to both archaeologists and looters.

Starting in the middle of November 1986 a team of looters led by an unemployed car mechanic named Ernil Bernal began to tunnel into Huaca Rajada. On or around 6 February 1987 the looters encountered Moche bricks in the ceiling of their trench. Upon locating a number of gold beads between these bricks, Ernil Bernal punctured the roof of the tunnel and a torrent of gold, silver and other Moche antiquities literally poured out on top of him (Kirkpatrick 1992: 20).

From what can be pieced together from archaeological excavation, interviews with key participants, and the results of various law enforcement investigations, the looters had located an intact elite Moche tomb (Alva and Donnan 1993). Samuel Bernal, one of the original looters of the tomb interviewed by Atwood in 2002, described finding a layer of hundreds of ceramic pots which were mostly destroyed while the looters searched for more valuable metal objects (Atwood 2004: 42). Over the next few nights the looters filled rice sacks with gold and silver artefacts which they transported to the Bernal family house. Arguments broke out among the looters regarding how the profits from the sale of the Sipán material were going to be split. As a result, one of the looters contacted the police who, with the aid of archaeologist Walter Alva, intervened at the site and effectively halted the looting (Alva and Donnan 1993). The exact trail of many of the objects out of Sipán is unknown.

Items from Sipán continue to surface on the international art market, resulting in some high profile seizures or returns. See the Encyclopedia entries on the Sipán Backflap, the Bourne Collection, and the Sipán Jewellery Seized from Sotheby’s for more information on Sipán material. See the entry on the Swetnam/Drew/Kelly smuggling ring for more information on the trafficking of objects from Sipan. 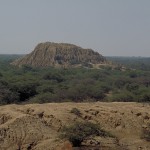