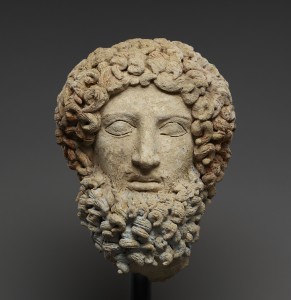 On January 10, 2013, the J. Paul Getty Museum announced it was returning to the Museo Archeologico in Aidone, Sicily, a Terracotta Head of Hades (85.AD.105) (J.P. Getty 2013). Dating from about 400–300 BC, the head had been purchased in 1985 from Maurice Tempelsman for $530,000 USD. Tempelsman had in turn bought the head from British dealer Robin Symes (Ng and Felch 2013). Research at the Getty established that the head had been looted from the Morgantina sanctuary of Demeter and Persephone in the 1970s.

Getty (2013), ‘The J.Paul Getty Museum announces the return of a head of Hades from about 400–300 BC’, press release, 10 January (J.Paul Getty Trust). http://news.getty.edu/press-materials/press-releases/hades-returns-to-sicily.htm, accessed 15 January 2013.